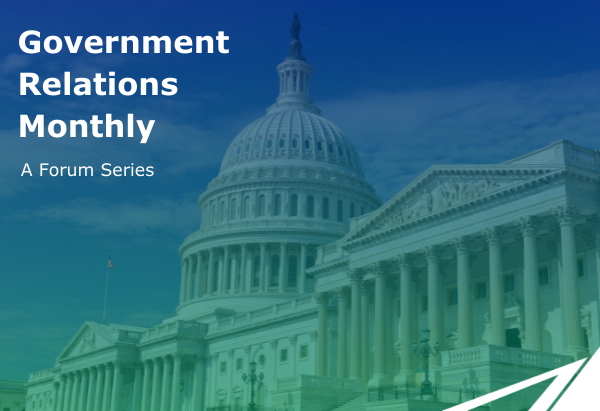 A Walk Down Memory Lane

Congress didn’t hit the ground running in 2021. According to the Pew Research Center, the 117th Congress’ (in)action ties it “for the fourth fewest laws enacted in the first eight months of its two-year term – and fifth fewest in terms of substantive laws – among the 18 most recent Congresses, going back to 1987.” Despite the slow start, as we near the end of the year it is safe to say that, after some long uphill battles, substantial work was completed on Capitol Hill this year.  As we look ahead however, with Congress preparing for elections in 2022, don’t expect a flurry of legislating next year.

The largest infrastructure investment in decades passed both chambers of Congress with bipartisan support. An incredible $1.2 trillion is set to be disbursed across the nation over a five-year period and will go towards roads, bridges, rail, broadband, airports, and ports. Within the enormous Bipartisan Infrastructure Act, there are many provisions that will impact the important work we do at Amentum.

During a visit to General Motor’s Factory ZERO plant in November, President Biden stated that, “we have hundreds — we have thousands and thousands of vehicles in the federal fleet. They’re going to all go electric — all of them — down the road, supporting electric transit systems, electric school buses.” As a company, we are proud to support many of those vehicles in the federal fleet and are prepared to make the migration to maintaining and sustaining electric vehicles and are fully prepared to support our customers.

Amentum’s legacy includes standing out as the leader in cleaning up some of the most complex and toxic chemical sites around the world. Our expertise will be useful in achieving remediation goals included in the infrastructure legislation. There is $10 billion set aside for Per- and Polyfluoroalkyl Substances (PFAS) cleanup with a focus on cleaning up drinking water and waste facilities. PFAS has become a priority on Capitol Hill as seen with the passing of PFAS Action Act in April 2021. Furthermore, clean-up of superfund sites, including reclaiming abandoned mine land and caping orphaned gas and oil wells, was allocated $21 billion in the infrastructure bill.

Building a more climate-resilient United States is another priority in the infrastructure legislation with $50 billion set aside to combat droughts, floods, and wildfires. The legislation also established a commission to determine how to address wildfires. For over two decades, Amentum has provided a variety of support for the California Department of Forestry and Fire Protection (CAL FIRE). Our pilots are uniquely trained to respond in a rapid, dynamic method to attack wildfires. As a company with a strong legacy of taking on wildfires in California, we are prepared to bring that mission to the national stage.

The Drawdown in Afghanistan

Since 2002, our company has supported operations in Afghanistan under a variety of contracts. During that time, we built strong relationships with our Department of State and Department of Defense partners and worked through fluid mission and operational changes, this includes the administration’s decision to drawdown in Afghanistan.

The Biden Administration made the decision to pull out of Afghanistan by September 2021. The result of this decision significantly impacted Amentum’s work and resulted in Congressional activity. In July, before the evacuation was complete, Congress passed an emergency spending bill with overwhelming support (Senate 98-0; House 416-11) that included a half-billion dollars in funding to support evacuation of Afghan families, $600 million to support the Department of State, and an increase in special immigrant visas.

While this issue hasn’t gone full circle yet, the debt limit was already raised by Congress once in 2021. However, when the debit limit was raised back in October, it was only raised by $480 billion which was estimated to tie the government over until December 3rd. Recently, Secretary of Treasury Janet Yellen said the government’s debt limit would need to be raised again by December 15th. Over the next few weeks negotiations will continue between Leaders Schumer and McConnell but at this time it appears the two have “turned down the heat” and in order to find a reasonable path forward to resolve this issue.

While it is incredibly difficult to predict how things will play out on Capitol Hill, that doesn’t mean we can’t try. First, we will tackle the “leftovers” from 2021. There is quite a bit of important work that was left undone that will need to be addressed immediately as 2021 winds down and 2022 ramps up. Then we will take a quick look at where Congress stands with legislation focused on outcompeting China.

As we prepare for the holiday season, we have yet to see full passage of the reconciliation package, Build Back Better. While the House passed the legislation along party lines, there is still a challenging path through the Senate (AKA Senators Manchin and Sinema). The language is not finalized; however, we anticipate significant funding for:

The Meat and Potatoes of the “Leftovers”

With the focus on infrastructure and reconciliation legislation, the business-as-usual work had been set aside. Both Appropriations and the National Defense Authorization Act (NDAA) were put on the back burner. As a result, we’ve seen passage of two continuing resolutions — the first funded the government until December 3, 2021 and the second funds the government through February 18, 2022. Defense spending remains the outstanding issue preventing FY22 appropriations legislation from moving forward. National security hawks are pushing for an additional $25 billion for defense, which would result in a decrease in non-defense discretionary funds.  While that plays out, the annual spending bills are temporarily on hold.

Which brings us to the National Defense Authorization Act or NDAA.  For more than six decades the NDAA has become law without issue. While in recent years the NDAA continues to pass with bipartisan support, it has consistently taken longer and hits more snags than in the past. This year, all expect the NDAA to pass again.  When it does, it will include key language on opening F-35 maintenance and sustainment for competition, the importance of the Army’s move to the next synthetic training environment technology to ensure the highest level of readiness, and equipping C-12s with new avionics to ensure the safety and efficiency of the aircraft. One other incredibly important component of the NDAA is the amendment to increase defense spending by $25 billion. At this stage, the Senate Armed Services Committee, House Armed Service Committee, and Senate Defense Appropriations Subcommittee have endorsed this increase.

It is likely that work on FY22 appropriations will continue through January and potentially into February. With reconciliation work unfinished and the debt limit issue ahead there isn’t enough time or space to finalize annual appropriations. Additionally, Republicans believe their leverage increases with the passage of time, which improves the likelihood of a higher defense spending topline. The list of Congressional “to-do’s” remains long, and 2021 is rapidly coming to a close, but when all is said and done; Capitol Hill will have passed infrastructure, supported the withdrawal in Afghanistan, increased the debt limit, passed the reconciliation package, passed annual appropriations, and passed the NDAA.

Back in June, the Senate passed an enormous package aimed at bolstering semiconductor production and developing advancing technology. The package passed the Senate with bipartisan support on a final vote of 68-32, an uncommon occurrence on Capitol Hill. Despite being an administration priority and receiving bipartisan support, the House is not on the same page. Rather than passing one package related to China, the House is working several provisions through different committees. Furthermore, House republicans believe the Senate version is too watered down. Speaker Pelosi and Leader Schumer intend to have a conference committee on legislation to outcompete China. However, given what is currently on Congress’ plate and the coming election year, the path for this important legislation is not easy.

The past year was a rollercoaster of a year and we look forward to what 2022 will bring. At Amentum we stand ready to continue supporting the most critical missions of government and commercial organizations worldwide. Amentum’s culture of safety, operational excellence, and ethics was formed throughout our 116-year heritage and sharpened by our unrelenting dedication to the customer’s mission and we can’t wait to dive into year 117 with our partners. November 15, 2022
See all News
PrevPrevious NewsThe Future of Defense Services
Next News2021 Amentum Year In ReviewNext
Scroll to Top
Cookies are used on this site to assist in continually improving the candidate experience and all the interaction data we store of our visitors is anonymous. Learn more about your rights on our Privacy Policy page.
Okay